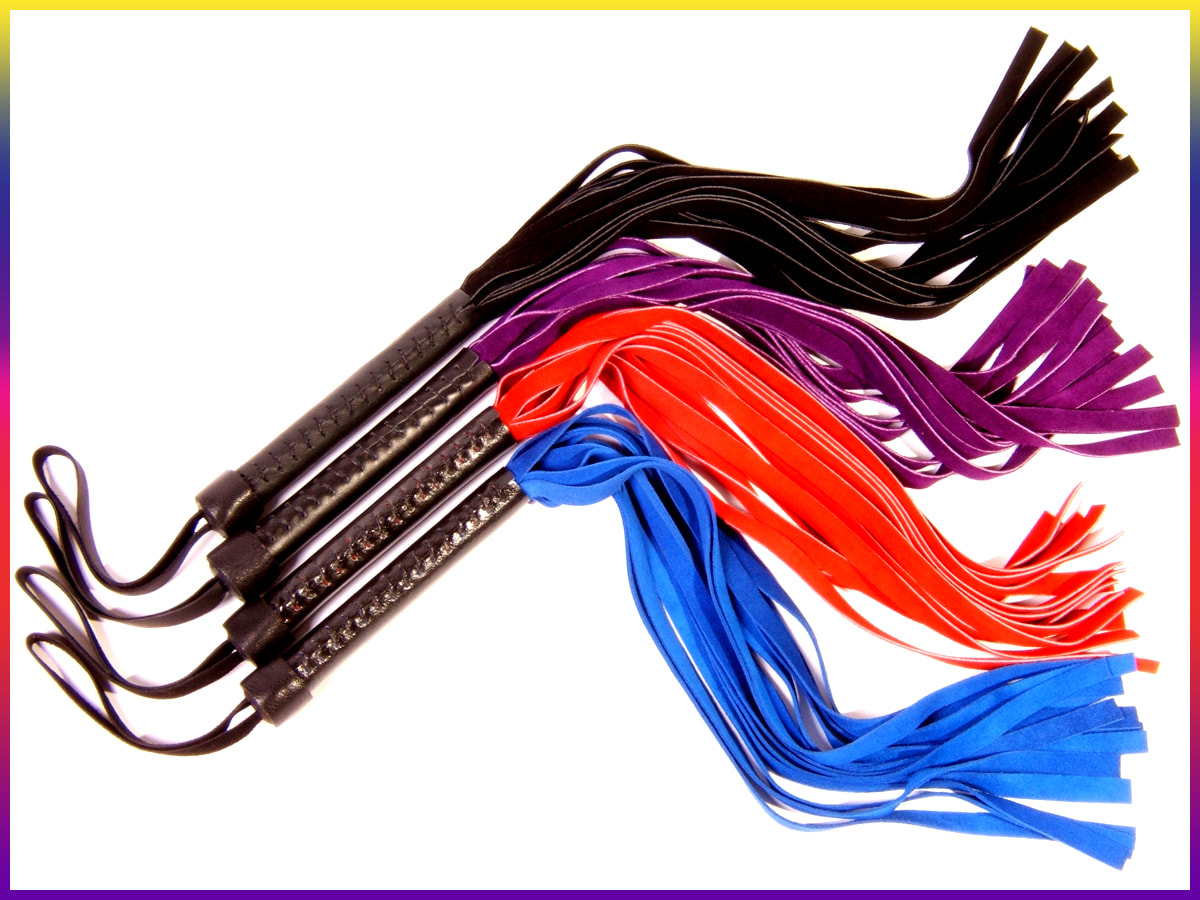 The Radiance is a piece we've been making for a long time now. In fact, since the very first Maid of Suede came down from the sky, and there was nothing else around but Cat, Nikita and the Stick Sisters, and even Leatherbeaten itself was little more than an excited teenager who would have slit your nostrils open for calling our gear 'product'.

Over the years, the Maid of Suede evolved into the Radiance, and even though we're now boring old gits who have meetings, and facilitate product development circles, and implement intuitive structural feasibility blueprints to amuse ourselves at how jaded we've become, we still make the Radiance. It keeps us sane and grounded, and it can do the same for you, if your name isn't Jeffrey Dahmer.

So, what's it like? What's it all about? Well, in our humble opinion it's one of the world's great economical warm upfloggers. We cut it from a single piece of leather, so it's super robust. I've seen a lot of floggers where the lashes have simply detached themselves from the handle. That's a structural impossibility with the Radiance.

The lash is made from 3oz garment split, which gives it a bit of weight. We cut the lashes 3/8" wide, which adds some edge, both literally and in the form of increased sting.

It's the nature of suede to be warm at low intensity, heading up to abrasive as the tempo increases, and the Radiance, for all we count it as a beginner piece, will pink up the skin in short order when asked to do so.

Not Available
Site powered by Weebly. Managed by SiteGround